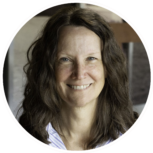 Diane Stiles is Vice President, and Director, All Stars Project (ASP) of New York and is a member of the Senior Leadership Team. In her role, Diane works to advance strategic and operational goals in New York and build relationships within the community and with nonprofit partners as part of increasing All Stars’ impact across the city. She oversees programming and operations, as well as executes all phases of ASP of New York’s various activities.

Previously, as Senior Director, Production and Operations for the All Stars Project of New York in 2021, Diane oversaw virtual programming, as well as the management of the ASP’s 42nd Street performing arts and development center. As Vice President of Programs for ASP of New York from 2014 to 2020, she played a key leadership role in the expansion of Operation Conversation: Cops & Kids, for which she oversaw the design and execution of workshop facilitator training and the production of Demonstration Workshops, which brought together thousands of community members and officers from the New York City Police Department.

Diane was first hired in the late 1990s as Managing Director of the Castillo Theatre, which she helped establish as one of New York City’s leading political theatres, creating collaborations with playwrights, theatre artists and companies such as Woodie King, Jr.’s New Federal Theatre, Desmond Richardson, Ntozake Shange, New Yiddish Rep and the Negro Ensemble Company. In addition, Diane executive produced the Otto Rene Castillo Awards for Political Theatre and the biannual Performing the World conference from 2010 to 2018.

Before joining the ASP, Diane held positions at the Pierpont Morgan Library, the Merce Cunningham Foundation and the College Board. She received her BFA from the Pratt Institute.