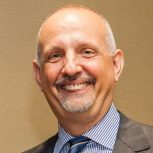 As Chief People Leader, Jim Horton is a member of the Senior Leadership Team and is responsible for implementing the All Stars Project’s (ASP) talent strategy, including recruitment, talent development, training and succession planning. He comes to this position with a three-decade record of success—from both within and outside the ASP—in building highly motivated teams, developing young leaders and creating dynamic training environments.

When Jim moved to New York City in the early 1990s, he worked in the child welfare field, where he soon established himself as an expert in training caseworkers on how to protect abused and neglected children. During this time, he was also a dedicated volunteer leader for the ASP’s Castillo Theatre, serving as Assistant Managing Director.

Born in St. Louis, Jim graduated from the University of Missouri, Columbia, where he studied child and family development. Jim received a master’s degree in counseling from Temple University.